The Beijing Youths book is my version of hip hop meets martial arts in my second book of The Beijing Family book series.  It is blended into a heart-warming story about generation gaps, cultural norms, family disapproval and having friends that are different from our own upbringing can sometimes save us from ourselves. 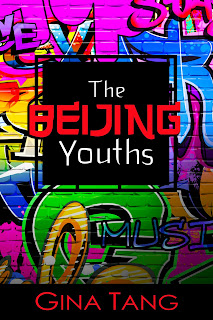 I was inspired to write The Beijing Youths when I saw televised martial arts performances in China where young people experimented with new kinds of martial arts that included hip hop dancing on China's Got Talent, talent shows and even street perfomances.   The young generation took an old historical art form and blended in modern creativity and rendered a new kind of entertainment never seen before and the audience loved it!  So often in life, we sometimes have to look away from the old and look to the new.  This is what gives life a new meaning.

In The Beijing Youths, young Greg is the Chinese billionaire’s son attending a privileged private high school in Beverly Hills.  He has been practicing in traditional martial arts for many years.  Soon, Greg is introduced to Eddie Baker who is a very talented and gifted street dancer. Eddie is Chinese by origin and was adopted by a White mid-west family in Wyoming at birth. Together, they form Revolution6 with four other dancers. As a team, they blend martial arts and street dancing into an impressive show of East West hip hop dancing that win many awards. Unfortunately, Simon, the Chinese billionaire father, greatly disapproves of Greg's friendship with Eddie, their dancing, Revolution6 and everything about hip hop altogether.  Besides riveting dance battles that entertain, the father and son conflict is the main “battle” in the book that eventually affects everyone.

This girl is only 6 years old! She is killing it! Watch her perform

For the East West dance performances, I specifically chose Wu Shu for its more aerobatic and stage-like movements than the other martial art forms. Wu shu also uses weapons in a more theatrical fashion and their movements are more expressive and expansive.