The world eats a wide variety of food and sometimes they are strange to someone in the world. The Chinese definitely have their share!  When you have over 5,000 years in history, one can only imagine the variety of things the Chinese picked up along the way that are considered edible or delicacies.  Even more so when the country has seen its episodic moments of famine in history and relied on non-traditional sources for protein and nutrients in order to survive.  Sometimes a trip into a Chinese supermarket or even a traditional medicine store in the "Asian" parts of town is like watching an episode of "Fear Factor".

In The Beijing Family book series, Grandma Moh unleashes some pretty wild Chinese fare including her practice of traditional Chinese medicine that can be sometimes shocking.  In The Beijing Youths or Book 2 of The Beijing Family book series,  Grandma Moh makes lunch for her grandson, Greg and his American friends. His friend unknowingly thought they were about to experience the common everyday beef and broccoli and orange chicken dishes at their local Chinese eateries. Oh no! Little do they know, they are about to be treated to some of the most bizarre and outlandish Chinese food! Greg and his American friends were thirsty, so they go to the fridge to find drinks. They were looking for bottled water, sodas and ice tea and instead, they find strange Chinese beverages. Some say that these wierd drinks derived from fruits and vegetables and not laden with sugar like Western soft drinks. But sometimes, maybe a good Sprite may be more appetizing. You be the judge!

Here are a few of the examples: 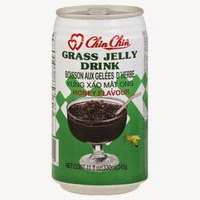 What the heck is a grass jelly drink?  Grass like in the green stuff that grows on lawns? And now it's in jelly form for a drink? Oh hell NO! Is this what the Chinese do to leftover cut grass? Actually grass jelly is made from boiling aged and slightly oxidized grass, but it's the stalks and leaves of Mesona Chinesis, a member of the mint family.  After cooling the liquid to a jelly-like black consistency, this jelly can be cut into cubes or other forms and mixed with sugar or syrup to make drinks or dessert.  I've had grass jelly many times, especially in my boba drinks, usually enjoyed as sweet beverages or dessert. 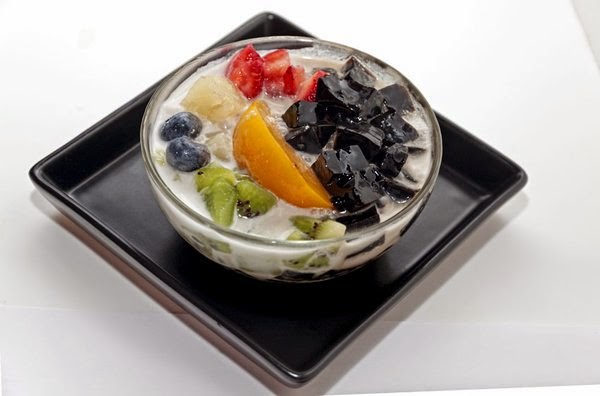 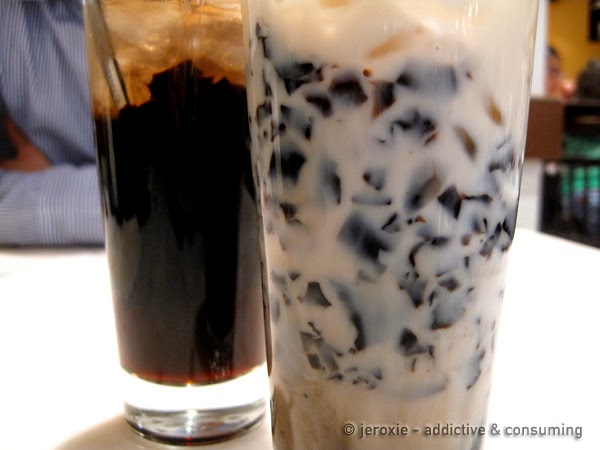 Grass Jelly in almond or coconut milk and syrup or sugar 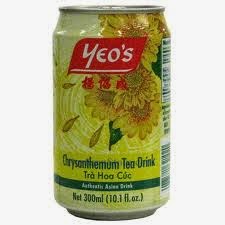 One of Greg's American friends is shocked to see flower petals in a beverage!  He couldn't even pronounce it.  He asks, "What's a Chrys....an....whatever?" 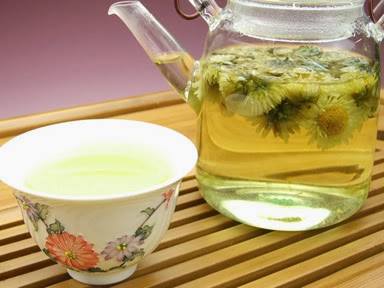 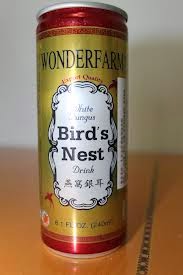 Greg and his friends then wander upon birds' nest drinks. One of Greg's American friends, Tevin, asks, 'Is there a bird in here?' Then he shakes the can anticipating a chirping sound. Yes, this drink is made from a nest from the swiftlet bird. Edible birds' nests are among the most expensive animal products consumed by humans, with an average nest selling for $2,500 per kilogram for end consumers in Asia. The nests have been used in Chinese cooking for over 400 years, most often as bird's nest soup. The white nests and the red nests are supposedly rich in nutrients, which are traditionally believed to provide health benefits, such as aiding digestion, raising libido, improving the voice, alleviating asthma, improving focus, and an overall benefit to the immune system. One interesting ingredient is that the swiftlet's bird nest is cemented by the usage of saliva from the swiflet bird. So this drink and the soup commonly served in Chinese restaurants have swiftlet's saliva.

This is what the drink looks like mixed with white fungus which is a commonly used thickening agent: 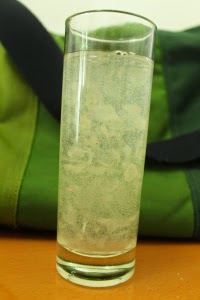 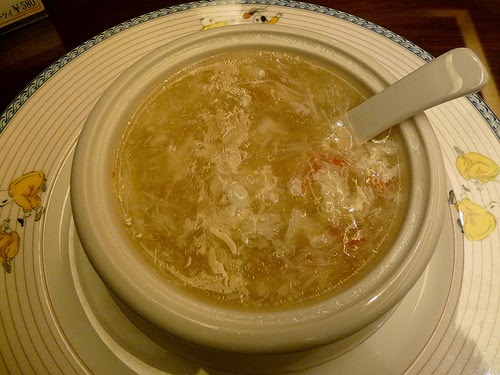 Bird's Nest Soup is a gelatinous mix of chicken broth and swiftlet's, which is a type of bird and its saliva. Yes you heard me right. You are eating bird saliva! Swiftlets make their nests from saliva and each year, after the bird has left the nest, it's harvested and added to the soup, which is famed for its health benefits. This Chinese delicacy contains one of the most expensive animal products that humans consume. A kilogram of nests can cost anywhere from $2,000 to $10,000 USD> The swiftlet's nest is considered to have considerable health benefits, which justify the steep price of the soup ($30 to $100) and the nests themselves.

In Book 1 or The Beijing Family,  Grandma Moh makes traditional Chinese medicinal tea for Kara Chan.  She thought she was drinking roots and herbs. Unbeknownst to her, she is drinking tea made of ox penis! 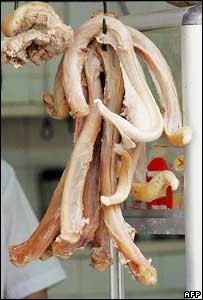 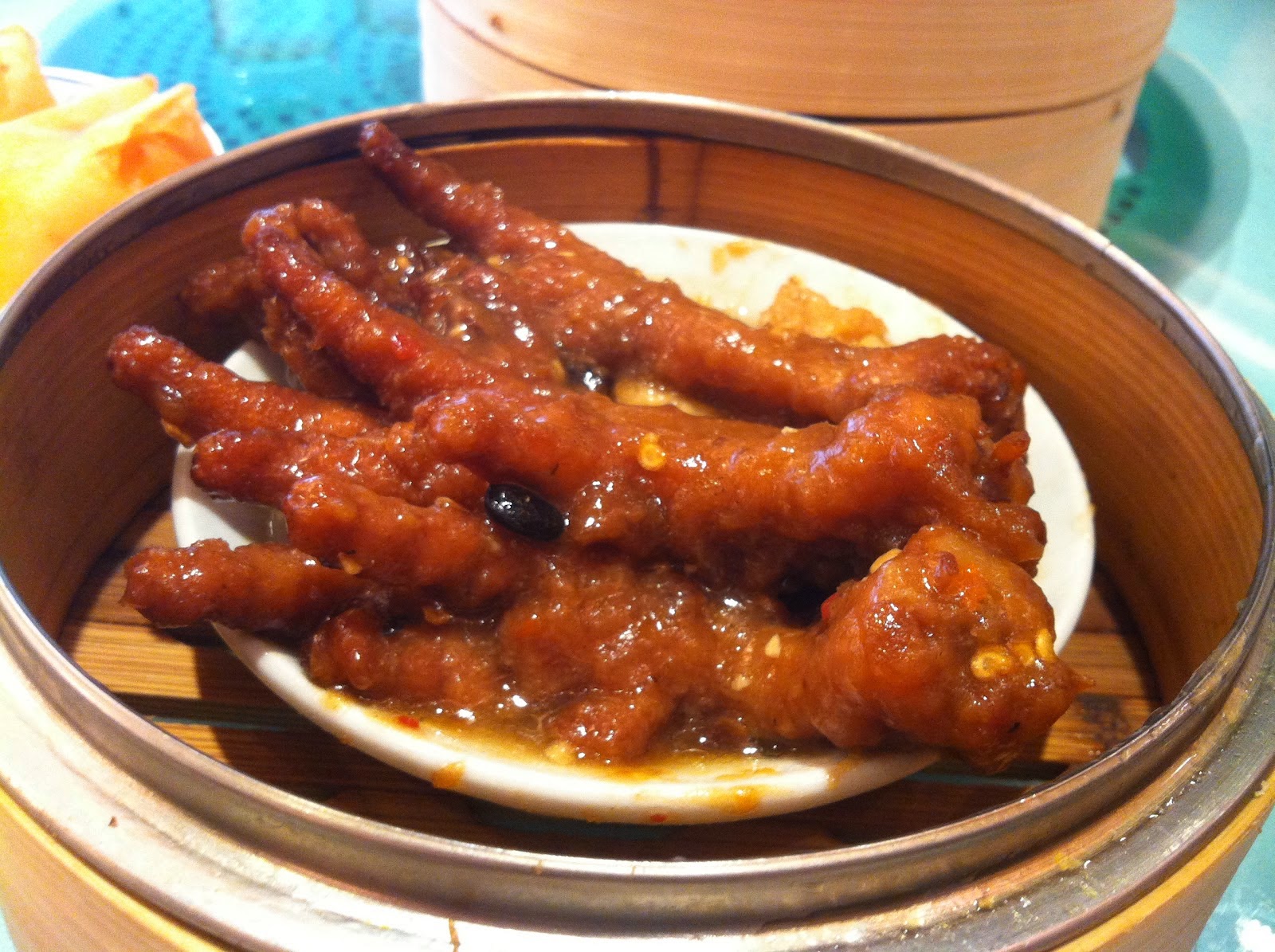 I often see chicken feet at dim sum restaurants. Every time, I just simply cringe. I just don't think feet of any animal should be considered edible considering that they are used for walking on the ground, brimming with bacteria and germs. All I can think about is the trash that I would be eating along with the feet that touched them. My father loves chicken feet despite contending with them being bony and bristly. 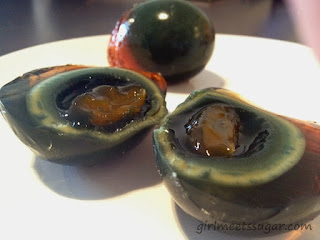 Century egg or pidan is a delicacy by preserving duck, chicken or quail eggs in a mixture of clay, ash, salt, quicklime and rice hulls for several weeks to a few months. Some historians say that this practice goes back to the Ming dynasty as a way to preserve food without refrigeration. I've had this a few times. It's salty and the eggs have a potent ammonia taste to it.

That's it for now. When I find more strange eats, I will post more here....Thanks for reading this blog.


Thank you Karo C. Pei for buying my entire book series and posting the photo on Facebook. I am feeling so grateful. 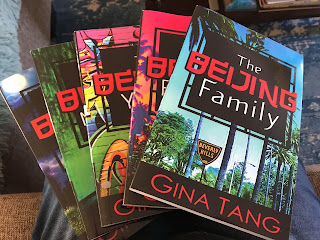 A good review is a precious gift

A good review is a precious gift