Editing Books 1 and 2 simultaneously with my editors, when I normally work on one.  Working a demanding full time day job, managing my company on the side. Working 7 days a week. Determined to release entire book series in 2017 on Amazon. 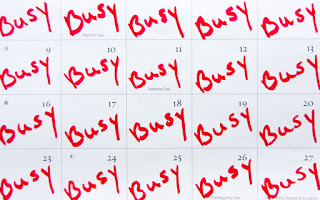 Mission Accomplished: The Challenges in Hiring an Editor for Book 2

It took me 2.5 weeks to hire an editor.  To me, that's just too long.  I don't have 2.5 hours for anything other than sleep in my 24 hours. I spent the first week weeding and cutting down this massive list of job applicants down to a seemingly reasonable list of 20+ candidates.  The customer care manager from Upwork emailed me to offer help but she was too late.  I had already developed a short list of potential candidates. I think I received an overwhelming response because I was paying an above average compensation.  At the same time, I was looking for above average talent and skills. It was difficult because many of them were immensely talented and had so much to offer. Their vast variety of experiences were a wide range and they were intriguing and remarkable.  I wanted to talk to so many but that is not possible.  I would be interviewing till the end of 2017.  My goal is to have the entire Beijing Family book series published by this summer and I was already falling behind.  The editor for Book 1, who I hired in November, had to be replaced after working on the book for over four months and being half way done due to medical setbacks and prolonged absences.   We had to part ways unfortunately.  I had to start all over again with Book 1.  Luckily I found a replacement out of the 71+ job applicants so that saved me some time.

Back to book 2, I then trimmed down the 20+ short list of candidates even further which was even more difficult.  I spent the second week setting up phone interviews with the final 8 - 10 candidates and reviewing their background and skills.  I had the fortunate opportunity to speak to interesting people over the phone from many parts of the US.  I received many sample edits and had the opportunity to peruse samples of their published work.  I saw their talents applied and it is impressive.  By the following week, I had narrowed it down to about 4 candidates followed with more conversations. Today, I had one final conversation with an editor that was the first to send me a sample edit very early on when I began the interviewing process.  I am very impressed with her work and I'm glad I circled back to her.  I spoke to her at length and realized that she is the one!  So I hired her.

Mission accomplished!  Sigh!  What a relief.  I'm so glad the hiring process is over....but the work is not.  I work alongside my editors so I have plenty of work ahead of me.  Especially now that I'm editing two books - Book 1 and now 2 - simultaneously. 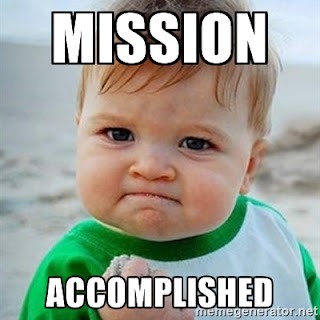