The Beijing Family book collection was originally published in 2013. It underwent major renovation and released again in 2017 with new writing, professional editing, cover art and lots of good stuff. It was republished again in 2020 with strengthening of Asian characters. This was in response to the escalating racism and hate towards Asians worldwide post Covid.
Each book can be read independently.
Enjoy!

You can buy the books here: 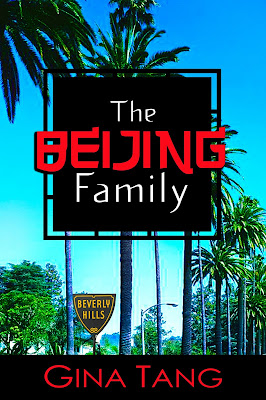 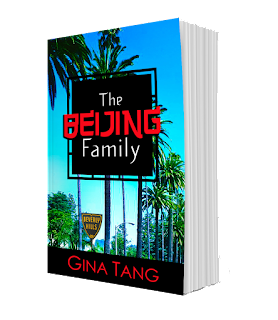 
Kara Chan is a little too busy these days. This savvy real estate broker and developer is flying back and forth from Los Angeles to Las Vegas almost every week.  She’s catering to the whims of a Beijing family newly arriving to wealth buy a 10-million dollar Beverly Hills home she brokered for them.  At the same time, launching a multi-billion-dollar Vegas hotel and casino project with high-end Asian investors.

Simon Wang, manufacturing magnate, his teenage son Greg, and his mother, the indomitable Grandma Moh, a holdover from Mao’s Cultural Revolution, are having problems adjusting to life in Beverly Hills.  Oddball Grandma Moh eschews the conveniences of modern life like a top-of the line washing machine, preferring to beat her laundry with a stick. And why ever go to the doctor when you have traditional Chinese medicine for everything? This Beijing Hillbilly can be a major headache.

Meanwhile in Vegas, Kara’s trying to piece together a deal that is a dream come true.  The investment money is lined up by her good friend Chelsea, the daughter of a Chinese casino tycoon; a great site on the Strip has been chosen as well as a world-renowned architect.

But something’s not quite right.

There are headwinds that give Kara pause. It’s 2007, and rumors of an impending economic crash worry her. Her nightmares of doom and destruction haunt her. Worlds are about to collide. Forces are brewing beyond her control.

Can Kara survive the approaching storm? Who will save her? 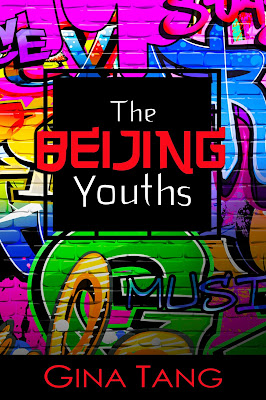 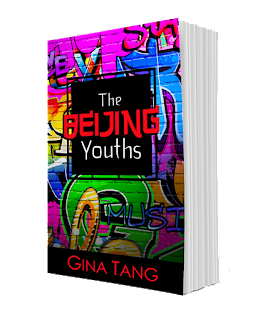 Beijing, China has become a bustling metropolis, riding the hurried tide of newfound economic prosperity. These quick commercial and political changes have left a massive cultural divide between Simon Wang and his teenage son Greg, who has never tasted poverty or the evils of widespread violence. Will they be able to overcome their differences in order to peacefully co-exist in America, or will the love between father and son be the very force which tears the Wang family apart forever?

Simon Wang has seen both the best and the worst of China throughout his lifetime—the rapid changes implemented under the Mao Zedong regime, up to the modern affluence of contemporary Chinese life have given him a profound understanding of the importance of a good education. Yet, everything that Simon has built is threatened when Greg befriends a rag-tag group of inner city hip-hop dancers.

Simon seeks a new and bright future for his son Greg and niece, Ling, in America, yet hip-hop dancing threatens to destroy the fabric of everything he has created. Will Simon be able to drive his son away from the alluring promises of dance and guide him into a more practical future, by ensuring Greg gets into Harvard? Will Greg defy his father’s unreasonable demands and carve out his own path? The future of this Beijing family hangs in the balance in this fictional coming-of-age tale, as old wounds boil to the surface, loyalties are tested, and the ways of the past are endangered by modern-day American ideals. Will Greg somehow be able to find freedom under his father’s oppressive rule, or will Simon’s rage destroy them both? Watch as a Chinese parent and his young adult child grapple with the multi-cultural influences of the modern world, the strain of puberty, and all that comes with every teen’s transition to adulthood.

In a story of culture, home, and the ties that bind, father and son must learn to navigate the great divide of life, or be buried beneath the rubble of the past. Can Simon, Greg, and the rest of their Beijing family learn to love and accept one another despite their differences, or will heartache and loss define them all for generations to come? 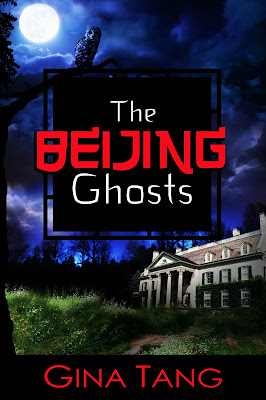 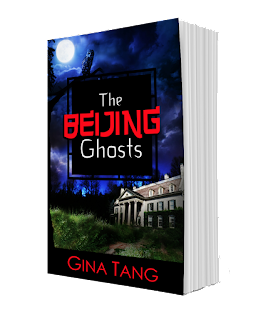 
Star Los Angeles real estate agent Kara Chan is back — and as summer comes to the Sunshine State, trouble comes ringing on the phone. In this thrilling and chilling standalone third entry in the Beijing Family series, Kara faces her toughest struggle yet: a house that isn’t just hard to sell, it’s fighting to stay unsold! And when a string of dramatic earthquakes reveal a dark family secret, it’s going to take a lot more than good business sense to get this property under new ownership...

When attorney Oliver Ruckers comes calling in the face of the Great Recession, Kara’s tasked with selling the O’Neil mansion, a massive estate up in the hills, left virtually abandoned for the better part of a decade. And as scary as more than fifteen years of weeds and cobwebs are, they’re nothing when compared to the mansion’s biggest issue — there’s not just one ghost in residence, there’s a ton! To close the deal and solve the mystery of the four ghosts from Beijing, Kara will have to call on her friends and loved ones, dabble in the occult, and pray she gets lucky.

Pulling from her own experiences in the California real estate industry, author Gina Tang presents a modern-day ghost story, featuring the characters of her Beijing Family series of novels. Taking place after The Beijing Family and The Beijing Youth, this third book delights with a rhythmic pace and passages that will make any reader smile — if they aren’t creeped out by the intensity of her ghosts! The Beijing Ghosts is a wild ride from start to finish… and fans new and old alike shouldn’t dare miss it. 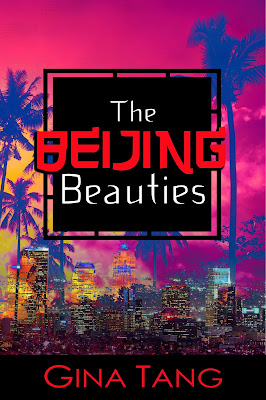 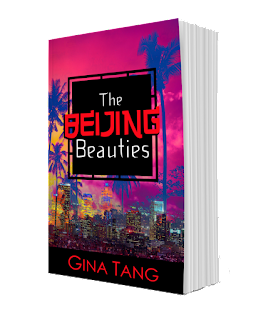 Three Chinese women from Beijing look for love and romance in the city of Los Angeles.

Ling is young, beautiful and recently crowned Miss Beijing. She moved to Los Angeles to study at UCLA. America is a new world to her and there is a different standard of beauty; unlike where she's from. Surrounded by beautiful American sorority girls who are more popular with the boys, she wishes for the same attention. She's been friends with Cole, a handsome Pre-med student and captain of the swim team since they met in World History class. It's not unimaginable having a crush on him since the first day they met and she wishes they can be more than friends. Will changing herself to be more Americanized improve her social life? Will Cole finally take a liking to her?

Jin is a successful real estate developer from Beijing. Still single past thirty five, many in China call her a Sheng Nu or ‘leftover women’. Men often find her intimidating. Their traditional and overbearing parents think she's too ambitious and independent to be a good wife and mother. She finds herself in Los Angeles through a matchmaking service; she heard that American men can appreciate powerful women like her. Match made to Vince, a prominent financier living in Los Angeles, she hopes he is the man appealed to her strengths and not turned away by her success. Is he the perfect man for her?

Chloe, a beautiful and charming mistress to Harry, her married Chinese billionaire boyfriend since she was eighteen. She came from a poor rural family upbringing and Harry gave her a sophisticated city life in luxury that a girl with her background can only dream of. She doesn't know any other life besides being Harry's mistress. She is reaching thirty and wants to be married and have children. But recently he has been avoiding her and she wants to know why. She flies to Los Angeles to confront Harry. Will she discover the truth? Will she finally leave him? 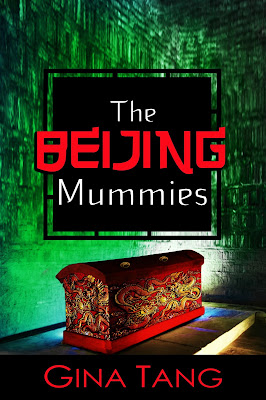 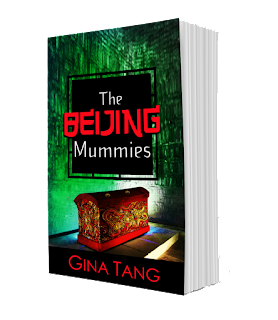 After an intense year of study at Harvard University, Greg Wang has returned to his family home in the sunny Los Angeles suburbs. Alongside his cousin Ling, his father Simon and his Grandma Moh, he’s looking forward to three months of blissful relaxation.

However, his father has other plans for him. In the heart of the city, a museum in possession of two ancient Chinese mummies are preparing for a grand exhibit, and Greg’s father has secured him a job as part of the exhibit installation.

At first, Greg loves his new job. It’s fascinating, enjoyable and mystifying. But things take a darker turn when it turns out the mummies aren’t all they appear to be. Left alone with them at the museum laboratory, Greg discovers a horrifying secret about the bizarre, centuries-old humans. It seems that the mummies aren’t long dead after all. There’s something still alive inside them.

With the help of his cousin Ling and her new boyfriend Cole, the three must fight to lay the mummies to rest once and for all. The group must draw upon ancient Chinese traditions and folklore in order to send the mummies back to the afterlife. What do they want? Why have they returned? Greg finds out the hard way that even after two-thousand years, a longing for love and power can be strong enough to revive the dead.

New comments are not allowed.