Chinese ouiji board written into The Beijing Ghosts 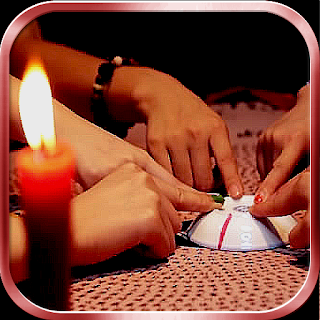 I had heard from my mom and her friends that they played with a Chinese ouiji board back in China many years ago when they were young and silly. I had her recount her experiences in great detail and reconstruct the exact Chinese ouiji board that they used which I wrote into the seance scene in The Beijing Ghosts, my third book. Rather than having hundreds of Chinese characters, they wrote words like 'man', 'woman', 'love', 'hate' and used a tea cup as the indicator. For the sake of English readership, I added the 26 letters of the American alphabet around the Chinese words. In reality, spirits do not speak in languages and have no barriers. Word of caution - don't play ouji in your own home.