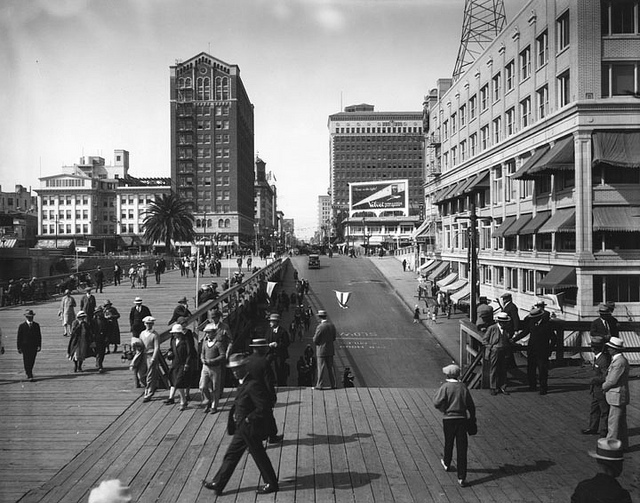 Happy Friday! Here's another ghost story to start the weekend. Last year, I met an owner of an old commercial building on Pine Ave. in Long Beach that has since been renovated for popular restaurants and retail stores. We went to an empty banquet room on the second floor to discuss selling the building. Five minutes after we sat down, a window on the top ledge about 15 feet above us began opening and slamming by itself a few times. We both stared at the window in silence and bewilderment since there was no wind. It was bizarre. He said, "And this building comes with a ghost." I suddenly got this ill feeling that the ghost didn't want me there. Sometimes ghosts will try to scare realtors and it's better that they appear in the first meeting rather than after the listing agreement is signed. I never went back since I didn't know how far that ghost would have gone to make sure there are no new owners. (Photo - Pine Ave., Long Beach in 1928)